This mythical creature is said to appear during the full moon, near houses or businesses that will soon receive good news (most of the time, the nature of this good news is understood to be wealth-related).

According to one Chinese legend, the Jin Chan was the greedy wife of one of the Eight Immortals, who was transformed into a toad as punishment for stealing the Peaches of Immortality.

The Jin Chu is usually depicted as a bullfrog with red eyes, flared nostrils and only one hind leg (for a total of three legs), sitting on a pile of traditional Chinese cash, with a coin in its mouth. On its back, it often displays seven diamond spots symbolizing the Big Dipper, or the Plough, which plays an important role in Chinese astrology. The toad is often shown in the company of Liu Hai (fr) (刘海), a fabled 10th-century Chinese alchemist who learned the secret of immortality from the Chan Chu, and became a xian (immortal). In Japanese, Liu Hai is known as Gamma Sennin (Toad Sennin). There is a body of mythology about the pair, and they are sometimes included among the Eight Immortals, or depicted with members of this group.

According to Feng Shui beliefs, Jin Chan helps attract and protect wealth, and guards against bad luck. Because it symbolizes the flow of money, Feng Shui lore insists that a Jin Chan statue should not be positioned facing the main door (“outward”). It also “should never be kept in the bathroom, bedroom, dining room or kitchen”. 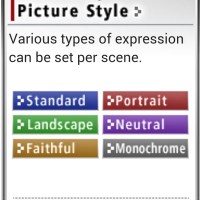